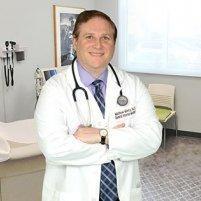 If you suffer from treatment resistant depression, you are not alone. Dr. Matthew Mintz offers ketamine for patients with depression who have not responded to two or more medications. Dr. Mintz administers ketamine as a fast-acting nasal spray that is self-administered in his treatment center, and ketamine has shown to reduce the symptoms of treatment resistant depression. Nasal ketamine is a low-cost alternative to expensive ketamine infusions, or when a similar prescription (Spravato) is not covered by your insurance.

Depression is a common, but serious condition that affects how you feel, and can adversely impact daily activities such as sleeping, eating, or working.  While many patients respond to traditional therapies such as talk therapy and prescription medications , up to one third of patients do not improve even after two or more medications. This is called treatment resistant depression.  Treatment resistant depression can be debilitating for patients, and lead to thoughts of suicide and even suicide attempts.  Fortunately, ketamine has been  shown to be safe and effective in patients with treatment resistant depression, and does not require taking a daily pill.  Dr. Matthew Mintz, located in Bethesda, Maryland, can provide ketamine treatments to patients who reside in Bethesda, Potomac, Rockville, Chevy Chase, or anywhere in Maryland, Virginia, or the District of Columbia.  With a referral from your psychiatrist, Dr. Mintz can determine if you are an appropriate candidate for ketamine, and monitor you during administration of ketamine  in his private medical office. While ketamine is not usually covered by insurance, Dr. Mintz has worked with local pharmacies so that the cost of ketamine can be less than $7 a treatment.

Ketamine was developed as a general anesthetic and has a proven safety record, having been used in hospitals for decades.  More recently, ketamine has been found to be effective in treating depression and some forms of pain, though in much lower doses.  Ketamine is usually administered intravenously in clinics to treat depression. However, because it is not approved by the FDA for this use, ketamine is generally not covered by insurance. While Intravenous ketamine can be very expensive- costing up to $1000 per treatment, ketamine can also be administered intranasally at a substantially lower cost. Dr. Mintz administers intranasal ketamine in his private medical office for a fraction of the price of IV ketamine. Patients must be observed for 2 hours after administration and must have someone drive them home after treatment.

How Does Ketamine Work?

The mechanism by which ketamine   exerts its antidepressant effect is unknown.  Ketamine  is thought to work through multiple mechanisms: it modulates the levels of certain neurotransmitters (GABA, Glutamate) in the brain, improves cellular communication, promotes growth of new nerve cells, and decreases inflammation. While there are no good comparative studies, intranasal ketamine can be just as effective as intravenous ketamine.

How is Spravato different from Ketamine?

Spravato (nasal esketamine) is an FDA-approved treatment for depression in patients who have not responded to two or more medications . Esketamine is the active component of ketamine, and thus works essentially the same way.    While ketamine can be administered in a number of ways (intravenously, intranasally, orally), Spravato is only administered as a nose spray.  Even though ketamine has been shown to be effective for treating depression, it is currently  not approved by the FDA for this use.  Because it is not approved by the FDA for this use, ketamine is generally not covered by insurance. This is a particular problem for intravenous ketamine, which can be very expensive- costing up to $1000 per treatment.  Since Spravato (esketamine) is approved by the FDA, it is covered by most insurance companies, and therefore a much more affordable alternative to intravenous ketamine.  However, for patients with Medicare, Medicaid, Kaiser or no insurance, Spravato may not be covered, or the co-pay may be very expensive. For these patients, Dr. Mintz is able to administer nasal ketamine which should cost less than $7 per treatment, even without insurance coverage.  Dr. Mintz offers both Spravato and intranasal ketamine for patients with treatment resistant depression.

How is Nasal Ketamine Different from Intravenous (IV) Ketamine?

Ketamine  is very different from anti-depressant pills, which take days to weeks to show any effect.  Ketamine  can start working within minutes to hours. Ketamine  causes something known as dissociation, which is feeling disconnected from yourself, your thoughts, feelings, space and time.  This is not necessarily unpleasant, and patients often report feeling like being in dream-like state, or feeling like they are floating.  You may also feel sleepy or dizzy. These sensations usually wear off within the 2 hour observation period, though patients should not drive until the next day.  Improvement in depression symptoms can often be seen shortly after the first dose.

What are the side-effects of Ketamine?

Side effects include dissociation; dizziness, vertigo (feels like the room is spinning), and feeling drunk; nausea and vomiting; sleepiness and lethargy; and reduced sense of touch.  Blood pressure can also become elevated, so patients with uncontrolled high blood pressure and heart failure should not take ketamine. Any side effects usually resolve within the 2 hour observation period, but someone will need to drive you home after taking ketamine.

Do I need a referral from a psychiatrist?

What is the process for starting Ketamine?

Dr. Mintz offers intranasal ketamine administered in his office. While ketamine is very safe, because of its anesthetic properties, it should be administered under careful supervision. Dr. Mintz is one of the only physicians in the District of Columbia, Maryland, and Virginia who administers intranasal ketamine. The first step in starting intranasal ketamine  is a referral from your psychiatrist to Dr. Mintz, who will perform an initial evaluation to determine if you are an appropriate candidate for ketamine treatment.   If you are an appropriate candidate, Dr. Mintz will order ketamine from a pharmacy he works with, and your ketamine will be shipped to Dr. Mintz’ office.  Once shipment of ketamine is confirmed, Dr. Mintz’ staff will contact you to set up your first ketamine treatment session. Ketamine is given twice a week for the first 4 weeks, then weekly.

How Long Are the Sessions and How Many Will I Need?

Unlike prescription medications, ketamine works quickly, sometimes within minutes. However, the effect usually lasts less than a week. For the first four weeks, you will have two sessions a week.  After that, session will continue weekly.  After 3 months, patients can schedule sessions every other week, though in Dr. Mintz’ experience, most patients require weekly sessions.  Sessions are two hours in length due to the need to monitor you closely.  We will check your blood pressure, heart rate, and monitor you for side effects at every session.

How Much Will Ketamine  Cost Me?

Medication:  Ketamine  is not covered by most insurance companies.  However, Dr. Matthew Mintz works with a certified Maryland compounding pharmacy that is able to provide intranasal ketamine at a very low cost. While Dr. Mintz will order your intranasal ketamine, and it will be shipped directly to his office, you will pay the pharmacy directly. The price of each order including shipping is $65, which should cover 10 treatments, or $6.50 per treatment. (You are under no obligation to receive all 10 treatments if you determine ketamine is not the right option for you).

Administration:  Dr. Mintz offers intranasal ketamine administered in his office. While ketamine is very safe, because of its anesthetic properties, it should be administered under careful supervision.  Patients must be observed for 2 hours after treatment.  The initial consultation is $250 and each 2 hour treatment administration is $175. While ketamine is generally not covered by insurance, the administration fee may  be covered by insurance.  While Dr. Mintz does not contract with any insurance companies, he can give you an invoice that you can submit to your commercial/private insurance for reimbursement (HMO’s or Medicare will not reimburse you for ketamine administration by Dr. Mintz).  The amount you are reimbursed for the evaluation and treatment will depend on your plan’s policy for reimbursement for out-of-network providers, your co-pay, and your deductible; so check with your plan.

Even without insurance reimbursement, the cost of the first month of treatment, which consists of the initial evaluation plus eight treatments is only $1702, which is a fraction of the cost of most IV ketamine clinics.  After that, weekly treatment costs only $726 a month, which is less than only one treatment of IV ketamine.